The End of the Story

April 4 The End of the Story

For those of us who know the end of the story, or know a different version of the story, we can’t relate to what those who were there during the midst of turbulence went through. As we listened to the first days of the Derek Chauvin trial, we too may have experienced a new sense of shock and distress from hearing the accounts of those who were nearby, as well as from seeing new videos of the death of George Floyd. Even so, we can’t truly comprehend what those witnesses and the various friends and family members of those involved have been through.

As we read the Gospel accounts of Jesus’ death, we are even farther away from those events from long ago. We may know the end of the story, but we get very little information about what those witnesses experienced. As we reread the story again, we probably don’t even think about what it was like to be there, we just want to get to the end of the story, with Jesus’ resurrection and waiting for us to join Him in heaven. We can’t fully feel what it was like to be there back then, but we do feel what it all means to us today, long after events, which is certainly different from those who were there. Perhaps we feel sad or guilty about what Jesus experienced on our behalf, but what do you think those who were there felt? Fear, devastation, betrayal; but later joy, exultation, and victory? Perhaps vindication?

Now when Jesus was arrested, most of His male companions fled and went into hiding, but some of the women followed Him to the bitter end. Try to imagine what they have been through, having seen Jesus arrested, tortured, and put to death. They watched Him being taken down from the cross, placed in the tomb, and watched as the heavy stone was rolled into place, shutting His tomb. Now they are coming to prepare His body for internment with spices, even though they probably won’t be able to move the stone. Can we appreciate their anguish? Perhaps they are overwhelmed by confusion, and aren’t thinking straight. They just want to keep busy. The One they loved is gone. Their hope is gone.

But on Easter morning, the story takes an unexpected turn. For now, try to forget the end of the story as we know it, and put yourself in the place of these women as they come again to the tomb. They are probably expecting to offer more good-byes, more tears, more feelings of loss and hopelessness. Hear again Mark’s version of the story:

When the Sabbath was over, Mary Magdalene, Mary the mother of James, and Salome bought spices so that they could go and anoint Jesus’ dead body. Very early on the first day of the week, just after sunrise, they came to the tomb. They were saying to each other, “Who’s going to roll the stone away from the entrance for us?” When they looked up, they saw that the stone had been rolled away. (And it was a very large stone!) Going into the tomb, they saw a young man in a white robe seated on the right side; and they were startled. But he said to them, “Don’t be alarmed! You are looking for Jesus of Nazareth, who was crucified. He has been raised. He isn’t here. Look, here’s the place where they laid him. Go, tell his disciples, especially Peter, that he is going ahead of you into Galilee. You will see him there, just as he told you. Overcome with terror and dread, they fled from the tomb. They said nothing to anyone, because they were afraid. (Mar 16:1-8 CEB)

Overcome with terror and dread, they fled from the tomb. They said nothing to anyone, because they were afraid.

Would we, or anyone else, have ever heard the end of the story? This young man in a white robe, presumably an angel, says:

Go, tell his disciples, especially Peter, that he is going ahead of you into Galilee. You will see him there, just as he told you.

We know this to be true from the other Gospel writers, but would we have believed it if Mark was all we had? We need more! We need more explanations, more details, more tangible reasons to inspire our hope and faith in our resurrected Lord!

Obviously, we weren’t the only ones who needed more. When you go home today and look at your Bible instead of just hearing it being read this morning, you may find more to the story there, perhaps in a footnote or in the text, but in italics. Later additions to the story, perhaps added by scribes who couldn’t just let the story end there. The first addition reads:

[They promptly reported all of the young man’s instructions to those who were with Peter. Afterward, through the work of his disciples, Jesus sent out, from the east to the west, the sacred and undying message of eternal salvation. Amen.] (Mar 16:9 CEB)

We know from the other Gospels that this is true, but it doesn’t really sound like something Mark would write. Can you blame someone for adding a little more detail to make the story sound more complete? We need that sense of closure that the original doesn’t have.

The King James Version (I quote the New Kings James Version here) does not have the added verse I just read, but it does have a longer ending which you may be more familiar with. It reads:

Now when He rose early on the first day of the week, He appeared first to Mary Magdalene, out of whom He had cast seven demons. She went and told those who had been with Him, as they mourned and wept. And when they heard that He was alive and had been seen by her, they did not believe. After that, He appeared in another form to two of them as they walked and went into the country. And they went and told it to the rest, but they did not believe them either.

Later He appeared to the eleven as they sat at the table; and He rebuked their unbelief and hardness of heart, because they did not believe those who had seen Him after He had risen. And He said to them, “Go into all the world and preach the gospel to every creature. He who believes and is baptized will be saved; but he who does not believe will be condemned. And these signs will follow those who believe: In My name they will cast out demons; they will speak with new tongues; they will take up serpents; and if they drink anything deadly, it will by no means hurt them; they will lay hands on the sick, and they will recover.”

So then, after the Lord had spoken to them, He was received up into heaven, and sat down at the right hand of God. And they went out and preached everywhere, the Lord working with them and confirming the word through the accompanying signs. Amen. (Mar 16:9-20 NKJ)

What do you think of that? It gives us completion, doesn’t it, but more than we might prefer, such as snake-handling and other things that don’t really sound like Mark either. There are different versions of Mark with different combinations of these verse, and one version that has an even more peculiar addition, right after verse 14 of the ending found in the King James Version. That verse reads:

Later He appeared to the eleven as they sat at the table; and He rebuked their unbelief and hardness of heart, because they did not believe those who had seen Him after He had risen. (Mar 16:14 NKJ)

And they excused themselves, saying, “This age of lawlessness and unbelief is under Satan, who does not allow the truth and power of God to prevail over the unclean things of the spirits. Therefore reveal your righteousness now”—thus they spoke to Christ. And Christ replied to them, “The term of years of Satan’s power has been fulfilled, but other terrible things draw near. And for those who have sinned I was delivered over to death, that they may return to the truth and sin no more, that they may inherit the spiritual and imperishable glory of righteousness that is in heaven.”

How weird is that! We might try to defend ourselves, too, but who among us would command our risen Lord to explain Himself! This doesn’t even sound like it could come from the Bible. It certainly comes from a different time than Mark.

Now don’t be upset about the fact that there are some verses that don’t appear in your Bible, and don’t ask me why, for these are scholarly matters beyond me. And don’t think that their existence means you can’t trust the Bible. The fact that these additions exist don’t point to any real problems with the Bible, but our own need for a sense of completion of the story. We know how the story ends, we just like it to be stated clearly and fully, and maybe add little bits we think belong. The story as we hold onto it in our hearts certainly is not identical to the Biblical stories. We may not get all that we need to hear in the shorter form of Mark, but we do get it elsewhere in the Bible, and we can trust it fully. The Holy Spirit within us testifies that Jesus is our Lord and Savior, risen from the dead and seated at the right hand of God in glory, and we will soon be with Him there.

Christ has died, Christ has risen, Christ will come again. We celebrate again today the greatest story ever told. That may mean something different for each of us. Some like the short version, with a little bit of suspense, some like a longer, more complete version. Or maybe something else. But we all celebrate our risen Lord. Because He lives, we can face tomorrow. As we celebrate Easter again, what makes Easter be what it needs to be for is our attitude. We may not understand every little thing, but we know that we can trust God completely and put our faith in Jesus to get us to the end of the story.

We all want a clearer understanding of God’s ways, but today is a day to feel what Jesus’ resurrection means to us. Bask in His victory and glory! Lift your hearts in praise to God for what He has done for us! After a tough year of bad news and suffering, be filled once again with the joy of the Spirit! We may be shaken, but let us have a new beginning, for Jesus goes before us. We have been tempted just to stop and wait for the pandemic and so many other bad things to pass us by, but keep following the path of Christ. Keep moving forward, following wherever He leads! Even though we are not there yet, we know the end of the story. 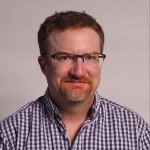